What’s bad for the stock market is bad for Bitcoin.

That is because of their developing positive correlation ever since the March 2020’s global market rout. Leaving aside a few days of decoupling, both bitcoin and U.S. stocks have fallen and recovered in tandem.

What triggered the positive correlation is an unprecedented stimulus policy introduced by the Federal Reserve.

The U.S. central bank slashed its benchmark interest rates to near-zero to support and introduced an open-ended bond-buying program to help their ailing local markets recover. In recent months, the Fed’s massive liquid injection upped its balance sheet by more than $3 trillion.

The stimulus money, or a mere promise of it, sent the Dow Jones, the S&P 500, and the Nasdaq Composite on a recovery spree. Even Bitcoin, which had fallen by more than 60 percent during the March rout, recouped its losses entirely against the Fed’s quantitative easing policy.

The spectacular rally, meanwhile, is leaving a trail of upsetting warnings behind. Jeffrey Gundlach, the chief executive of $135 billion DoubleLine Capital, made one during his latest webcast to investors, stating that there is a 76.8 percent chance of equities falling back to their March lows.

The so-called “bond king” noted that the stock market rally came from retail traders, adding that institutions stayed away from it. Services like Robinhood, which offers zero-trade commission accounts, saw a massive influx of new traders that played on buy-the-dip mentality when equities crashed in March 2020. 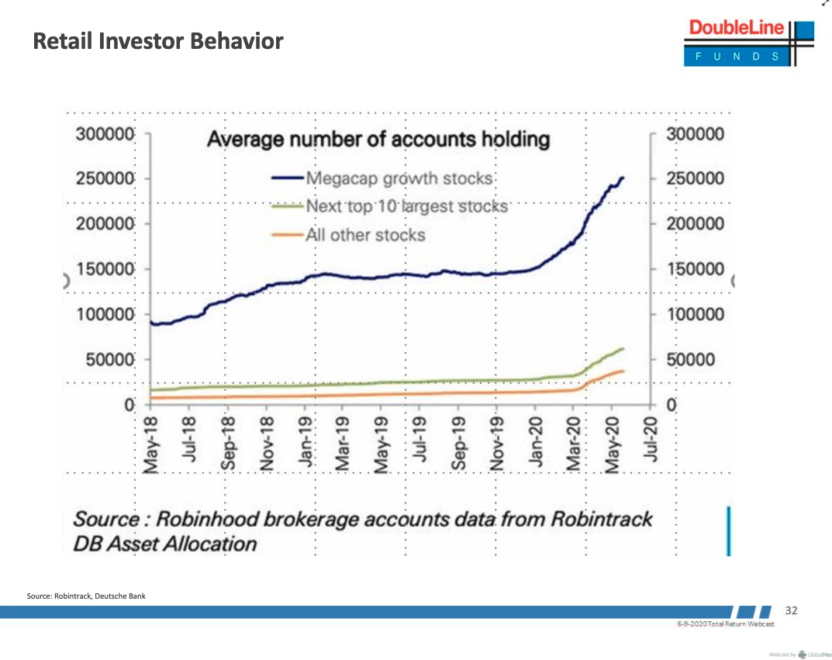 But there has to be a correction, noted Mr. Gundlach. Millennial traders believe the Federal Reserve’s chairman Jerome Powell is a “superman.” Nevertheless, the big players remain skeptical “of this little-guy created, epic rally.”

Bitcoin is treading on similar waters. The cryptocurrency’s market remains retail-driven, with so-called “whales” making special appearances to initiate bias-defining moves. As Bitcoinist earlier covered, small traders lately bought the dips and the big ones played against them.

Conclusion: a divergence of retail sentiment with price is confluent with continuation, ever more so when top positions are following price.

Shake outs can be expected when retail sentiment leans on the side of the trend.

That has left both the stock market and bitcoin under risks of similar downside corrections.

A bitcoin skeptic, Mr. Gundlach recommended investors to raise their exposure in gold. The yellow metal typically behaves as a safe-haven against a dwindling stock market.

Alternatively, he stressed that the U.S. dollar will weaken, which means holding other national currencies beneficial for investors looking to offset their equity risks. 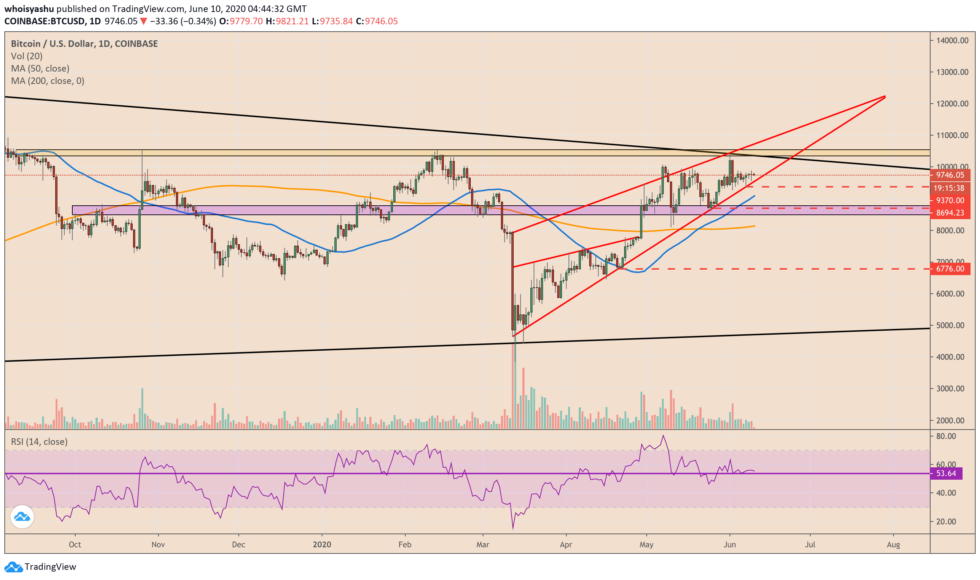 BTCUSD is trading 150% higher from its mid-March lows | Source: TradingView.com

As for Bitcoin, institutions may have to walk into its ongoing rally to have it decoupled from the stock market. The latest report from Fidelity Investments indicates that 36 percent of large investors own the cryptocurrency. They include pension funds, financial advisors, hedge funds, and family offices.

The survey, nevertheless, dates back before the March 2020 crash.

When It Comes to ROI, Altcoins Are No Match For Bitcoin: Analyst

[ad_1] Bitcoin appears to be back on the rise but will altcoins follow? Alex Krüger thinks not. Bitcoin is King Earlier this week, economist and crypto analyst Alex Krüger tweeted that in his opinion, the […]

[ad_1] Peter Schiff attacked Bitcoin over its inability to beat Silver at its intraday gains. The prominent gold bug said the metal is the new Bitcoin. Cryptocurrency enthusiasts shot back, accusing Mr. Schiff of cherry-picking […]

Ethereum Could Rally Towards $432 if Bulls Flip One Key Level

[ad_1] Ethereum has continued seeing lackluster price action while Bitcoin rallies past its critical short-term resistance The crypto is on the cusp of flipping its $390 resistance, however, which could give it freedom to rally […]